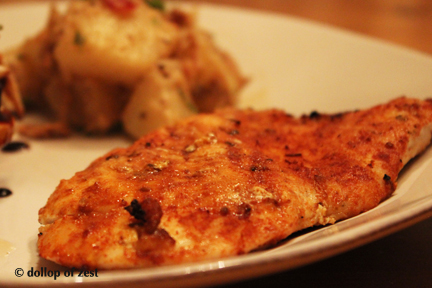 Fashionably late is how I usually arrive (or at least that’s what I like to think) but I’m arriving later than that to the cHarissa party. If you’re like me and are asking yourself “Cha-ri” what? Here’s the scoop, cHarissa is a Moroccan spice rub. It’s a blend of cumin seed, paprika, garlic powder, sea salt and cayenne pepper. I’d been catching glimpses of cHarissa featured in articles and hearing rumblings about its tastiness for weeks so when I came across it I knew I needed to buy some and see what the hype was about. It did not disappoint! This collection of spices is all that and then some! My first test was using it on chicken before grilling and it was a huge hit! The chicken was super tasty and it was such a quick prep that I can’t wait to try it on something else.

Using the cHarissa on any “type” of chicken will be tasty but I suggest rubbing it on cutlets. If you only have boneless chicken breasts in the house like I did here’s how you can quickly convert them into cutlets. Remove any extra fat and slice the boneless breasts in half horizontally. Place the cut chicken between two pieces of wax paper and gently pound the pieces so they are even thinner. About an hour before you are ready to grill sprinkle the cHarissa on both sides of the chicken cutlets and set aside. Depending on the intensity of spice flavor you (and your eaters) are looking for you can use 1/4 – 1 tablespoon of cHarissa per cutlet. Put wax paper between the cutlets if you have to stack them after adding the cHarissa, cover and refrigerate. 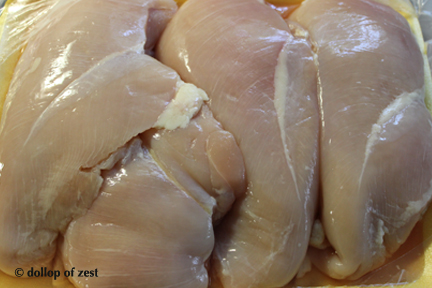 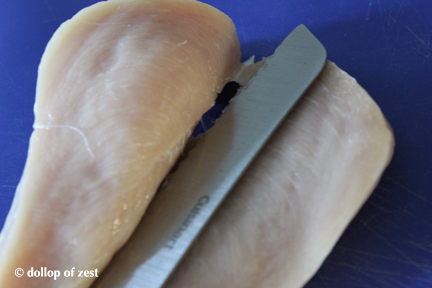 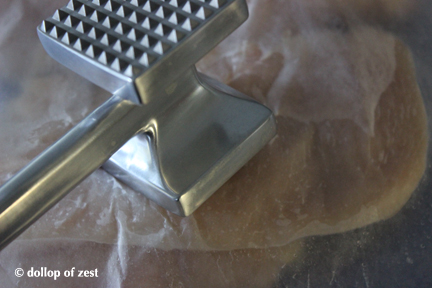 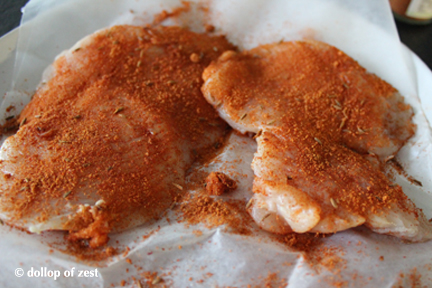 When your grill is ready take the rub covered chicken out of the refrigerator and place the cutlets on the grill. (If you don’t have a grill you can bake or sauté the chicken instead.) Flip cutlets a few times when grilling until they are cooked through. Once cooked remove and serve. I served the cutlets with grilled potato salad and an eggplant, tomato, mozzarella tower and it was a great dinner!

If you have a few chicken cutlets leftover, or made a few extra like I did, they are delicious sliced and tossed over mixed greens and tomatoes with a little dressing drizzled on top. Have another leftover idea? Share a comment below so we can all try too! 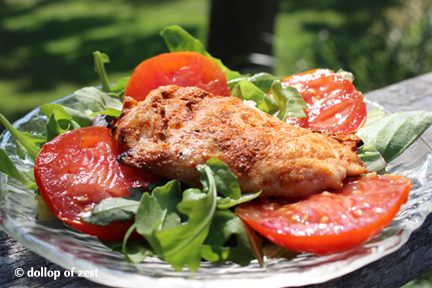 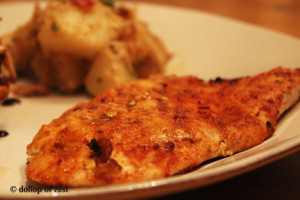 looking for a specific type of dollop